Every Scottish hike that starts too easy will inevitably surprise you. An attempt to summit Sgùrr Mòr is one of those.

The quick and mostly flat start of the hike goes through a forest and sticks to dirt paths. But once we crossed the first bridge the real fun started. The grade of the hike on walkhighlands is 4 boots with bog factor 4 and I don't think it's overstated. Our day was unusually sunny, but after we crossed the river we could forget that we ever had dry shoes. We headed South, roughly followed the river and then hopelessly tried to find something that might look like a path. Eventually, we gave up and went directly to Loch Gorm. 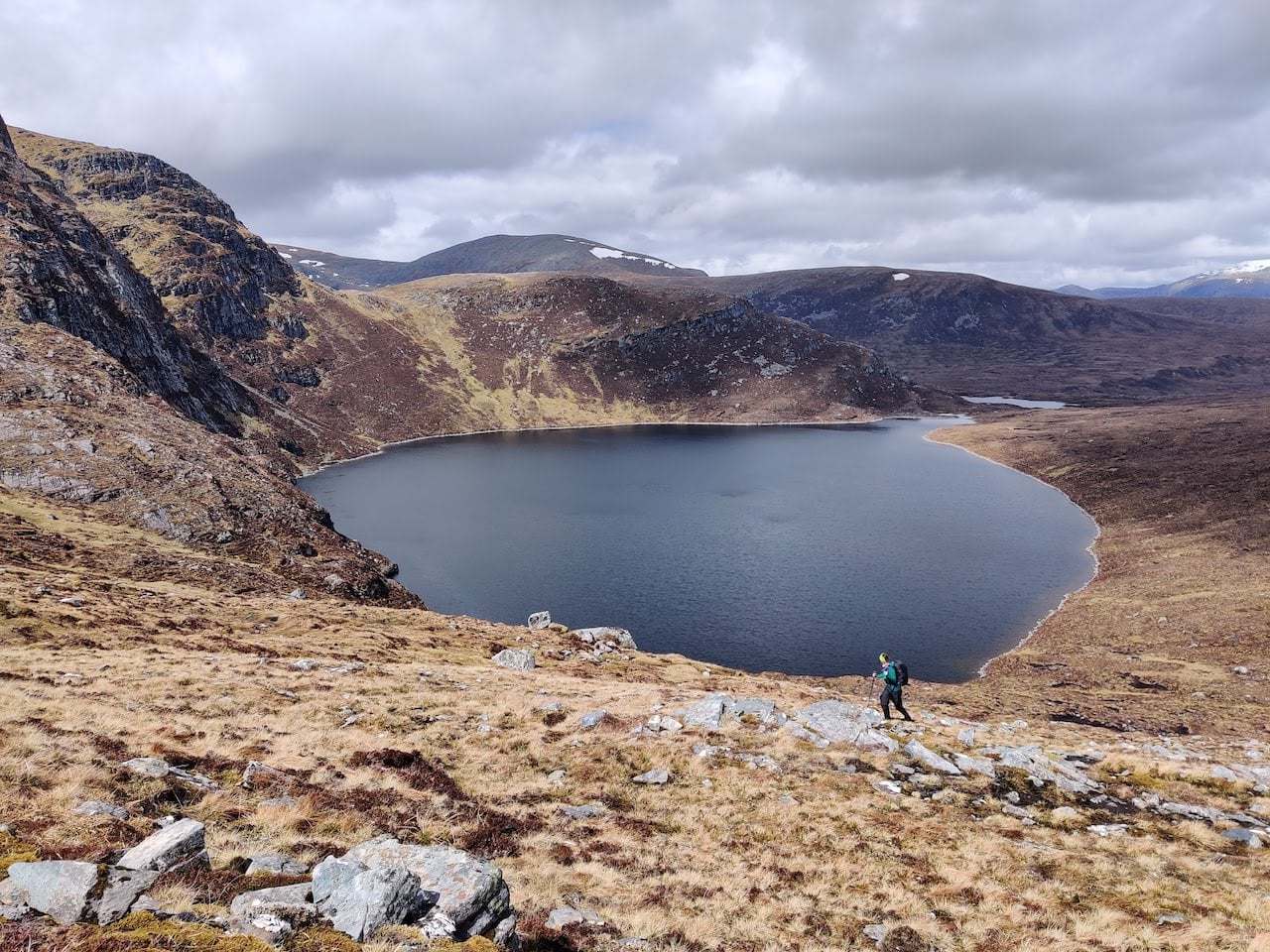 From there on we could again identify the intended path that heads up the hill. It is nice, dry & rocky and leads to the top of An Coileachan.

On the way, we met few friendly hikers and had some casual chats (usually complaining about the bog). And after a little bit of walking, we got to the top of Meall Gorm.

Similar terrain continued and we got to the top of Sgurr Mor, which despite the end of May still had a lot of snow in some places. The views on the top of this Munro are stunning. You get the opposite side of the valley that has one of the more dramatic ridges and peaks. All the suffering in the bog is quickly forbidden and we just enjoyed our snack behind a cairn.

On the way towards the top of our last Munro, Beinn Liath Mhor Fannaich, we got to find our way through a boulder field. Not the worst thing, but at this point, it was a bit annoying to fight with the terrain.

A quick photo and let's find our way down. The recorded route from walkhighlands told us to head North and I'm pretty sure that was a wrong call. At first, we jumped between streams of rivers that gradually joined into bigger and bigger ones, inevitably converting the terrain into a horrible bog. Originally we intended to approach Loch Sgeieach, but gave up because we were not equipped with snorkels. Instead, we turned East, hiked around the last hill and eventually found something that could be called a path.

So when heading down from Beinn Liath Mhor Fannaich make sure to go East and maintain altitude till you can, I think you would have a better time.

This is one of the Munro bagging experiences that I'll always remember and talk about when asked about "the Scottish experience". It combines most of the cool aspects of Scottish hillwalking that make it a unique experience.

Sgùrr Mòr , a rocky and steep peak between Loch Quoich and lonely Glen Kingie, must rank amongst the remotest Munros. Very rough and remote walking. Much of the route is pathless, some parts steep and others are boggy; there are no easy escape routes. -walkhighlands- 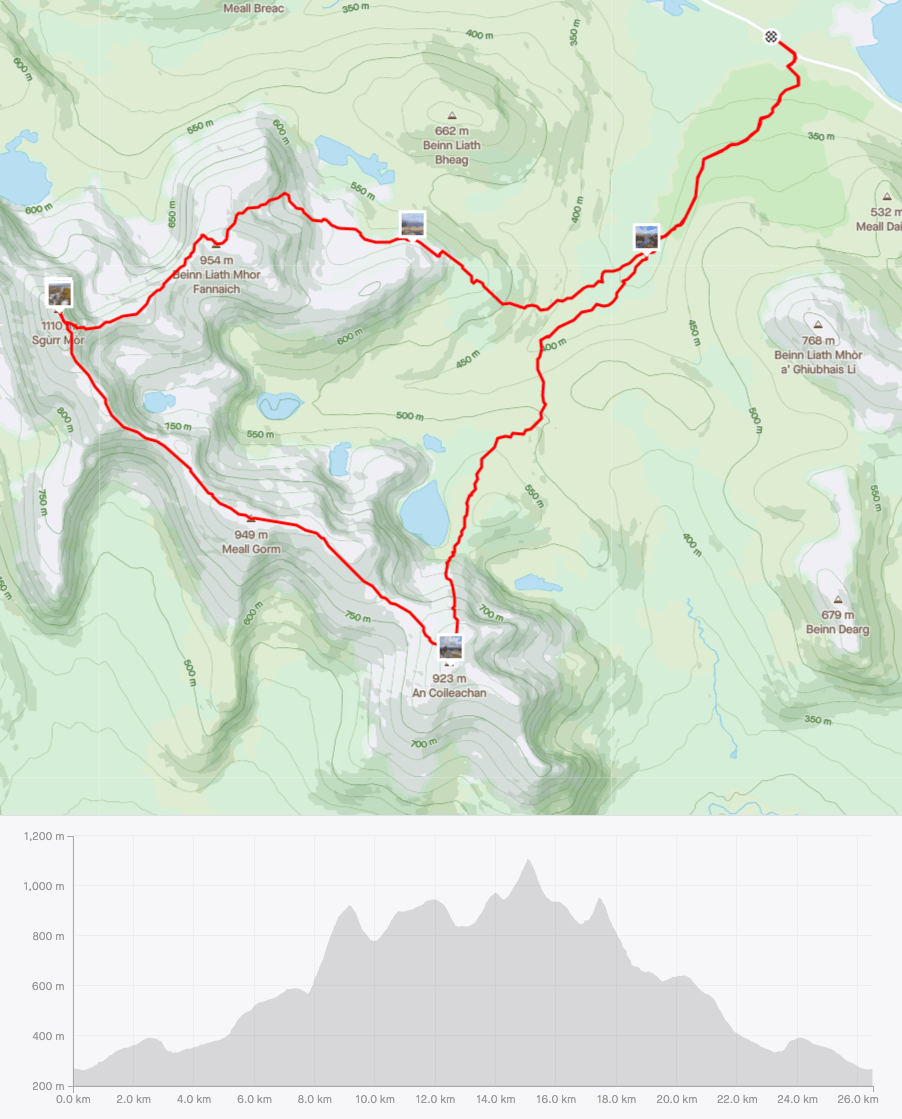