In Scotland there are a lot of positive stories about An Teallach. Beautiful views, bold scrambles, Michellin-like stone towers. And I'm happy to report that we've got all of that.

This fabled mountain is perhaps the most impressive in Britain and gives a day of drama and views that will live in the memory forever. The full traverse is a magnificent scramble, whilst the two Munros can be reached by an easier there-and-back route. -walkhighlands.co.uk-

As we arrived at the parking spot, it could not go unnoticed that the mountain started right here and there. No long approach necessary. So in the first 5.3km we gained 893m of altitude, which equals to a gradient of 16.8%.

At first the paths were dry and obvious, but once we got to more rocky areas the guiding line on the ground disappeared.

First Munro of the day Bidein a'Ghlas Thuill was "somewhere on the left" from us and "the left" meant a massive uphill. We stayed low for a long time, but eventually we snaked our way up somehow, but thanks to that we lost the views on the other side of the hill. So I'd very much recommend gaining altitude as soon as possible.

The views from the first peak were worth every step of that massive incline.

Next was Sgurr Fiona which meant a little altitude dip and back up. On the way we met a couple of hikers with a very goodest boi 🐕. Fun thing was that one of them was Czech 🇨🇿.

Once we got to the top of Fiona we were offered amazing views on the even nicer part of the local mountains. On the right side Loch na Seallga with Shenavall Bothy next to it. A quick snack, snap some pictures, mandatory geocache search and we're ready to move on.

From the top of Sgurr Fiona in the South direction there are two possible paths: 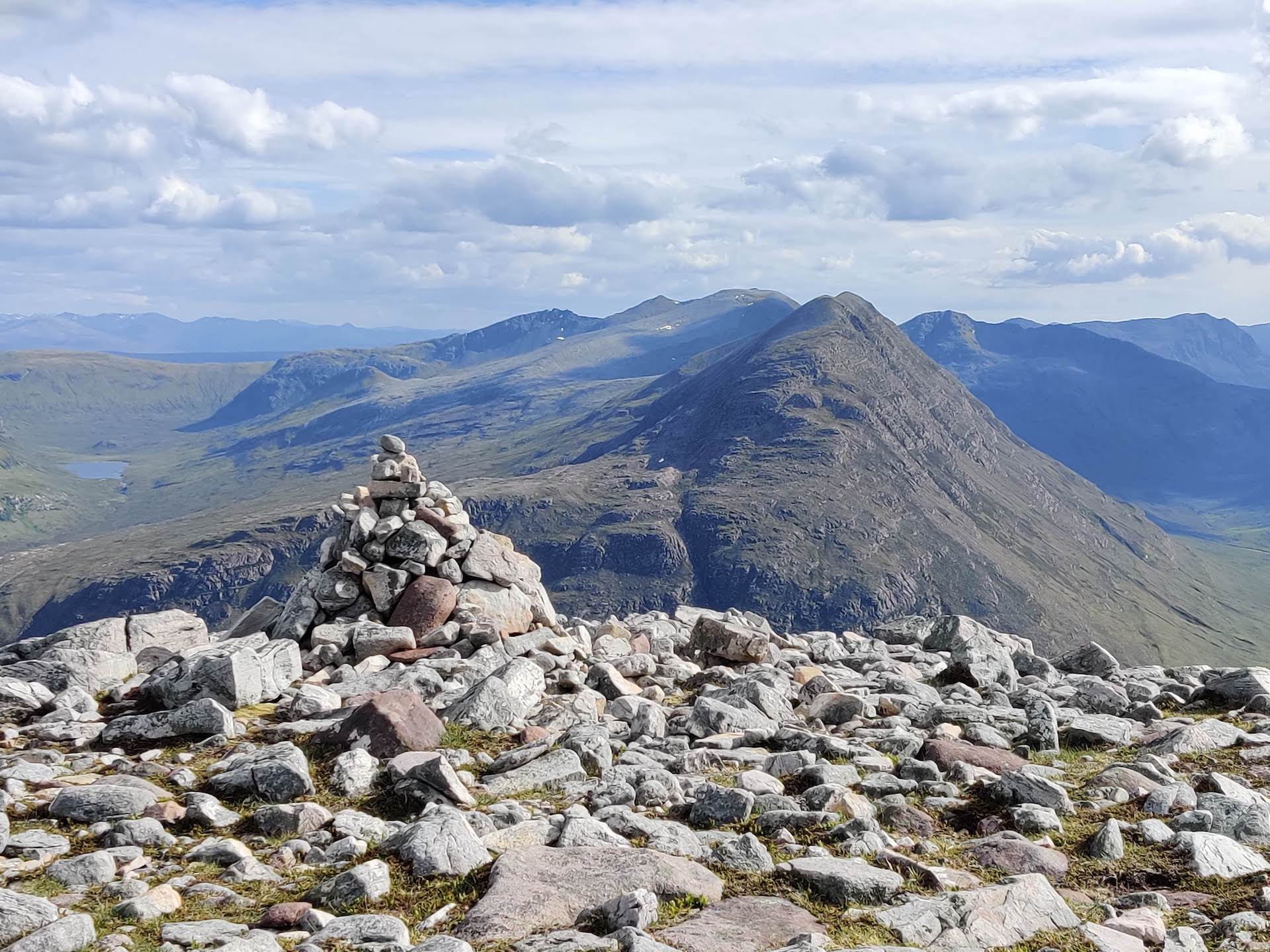 After we hit Sail Liath we turned sharp left and started quickly descending, which in retrospect was a big mistake. The hill is very steep and mostly covered in scree. The gradient and size of the pebbles made the descend extremely annoying with limited possibilities for "scree surfing".

After that a quick jog through the forests on somewhat good paths, and some 2k on the road back to the car park.

An Teallach definitelly stood up to its name. The views from the top are some of the most dramatic ones one can get in the Scottish Highlands. The whole route is pretty much guaranteed to be dry. If you're unsure about unstable terrain, this one might scare you a little bit, but I really think it's very much worth a go.